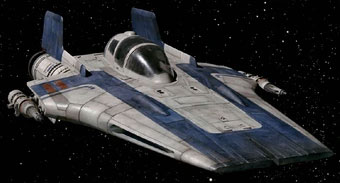 The A-wing light interceptor is the fastest and the rarest fighter in the Alliance arsenal. The RZ-1 is an evolution of the R-22 Spearhead and the Clone Warsera Delta-7 light interceptor. It is a lightweight, lightlyarmed fighter capable of incredible straight-line speed as well as superior maneuverability. The A-wing is deployed to engage Imperial fast movers with its laser cannons and to harry smaller capital ships with concussion missiles.

Physical Countermeasures: Add to all Gunnery checks made using missiles, rockets, or torpedoes targeting the ship. At GM discretion, an attacker may spend or to deplete the flares, chaff, or anti-warhead missiles until the end of the encounter.

At GM discretion, an attacker may spend or to deplete the flares, chaff, or anti-warhead missiles until the end of the encounter. 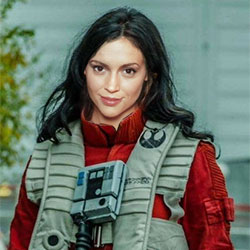 Rush pilots this A-Wing when trying to liberate Fitz Gorr from the Gaoler.