Like any milliary organization, the New Order is composed of multiple corps, and each of them has their own ranks. To rank up, the players need to accumulate contribution ranks (CR); see Age of Rebellion’s duty system (p. 49, 325) for more info.

The following table is a guide about that. It shows the minimum Contribution Ranks (CR) required to achieve a specific Imperial Rank (Officer Code), as well as their CR cost. GM discretion is advised, especially for higher ranks.

Starting at Officer Code 8, PCs must pay a CR cost to rank up as it gets harder and harder to be promoted as fewer officers of those ranks are required. Moreover, it is also a choice, some players may not want higher ranks and responsibilities. The costs are cumulative, so to reach rank 11, a PC needs to pay 1 + 2 + 3 + 3 CR, for a total of 9 CR.

This may not be the absolute truth, but this is the best that I found: 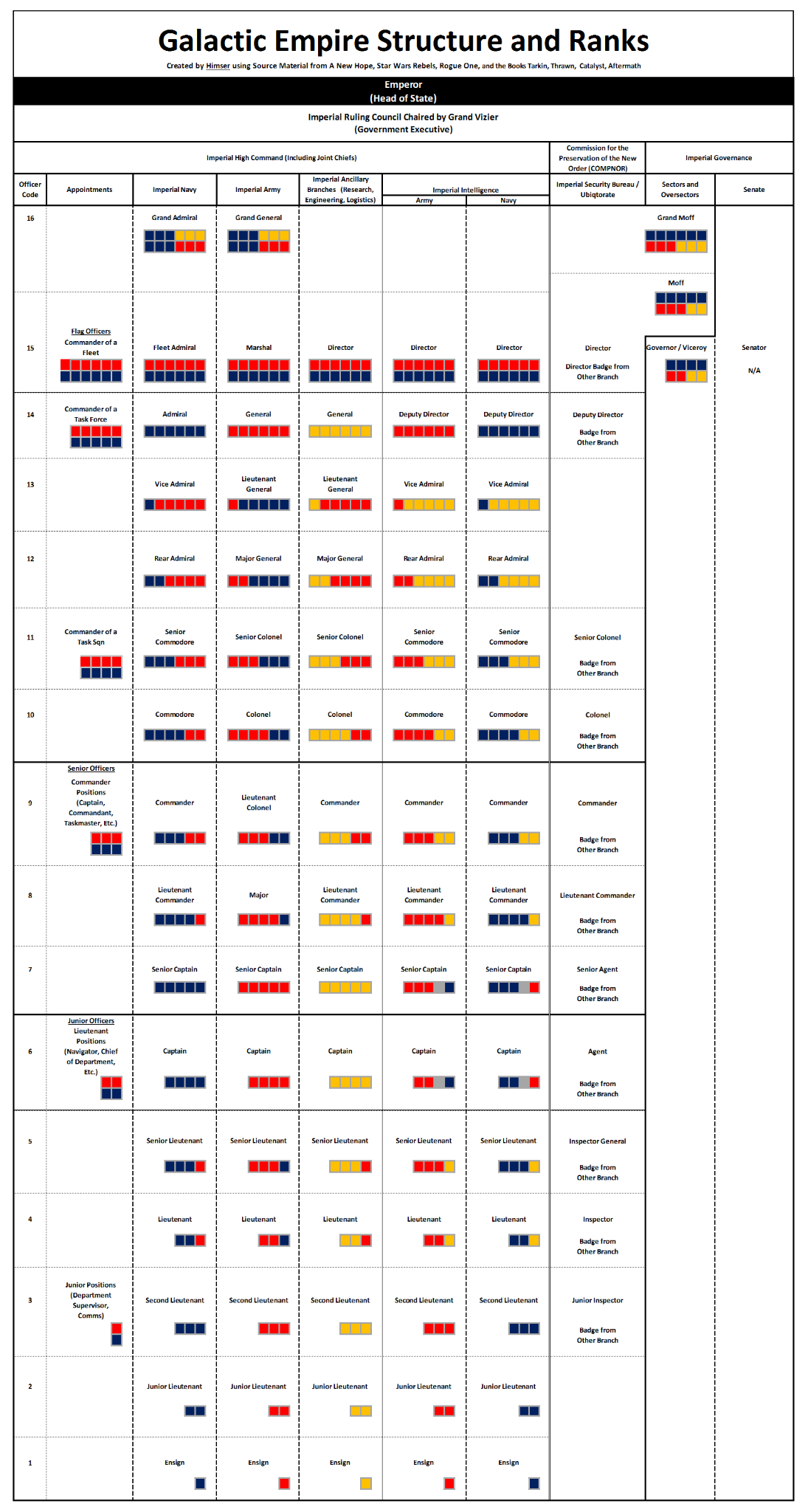