Organization of the Empire

The Structure of the Empire 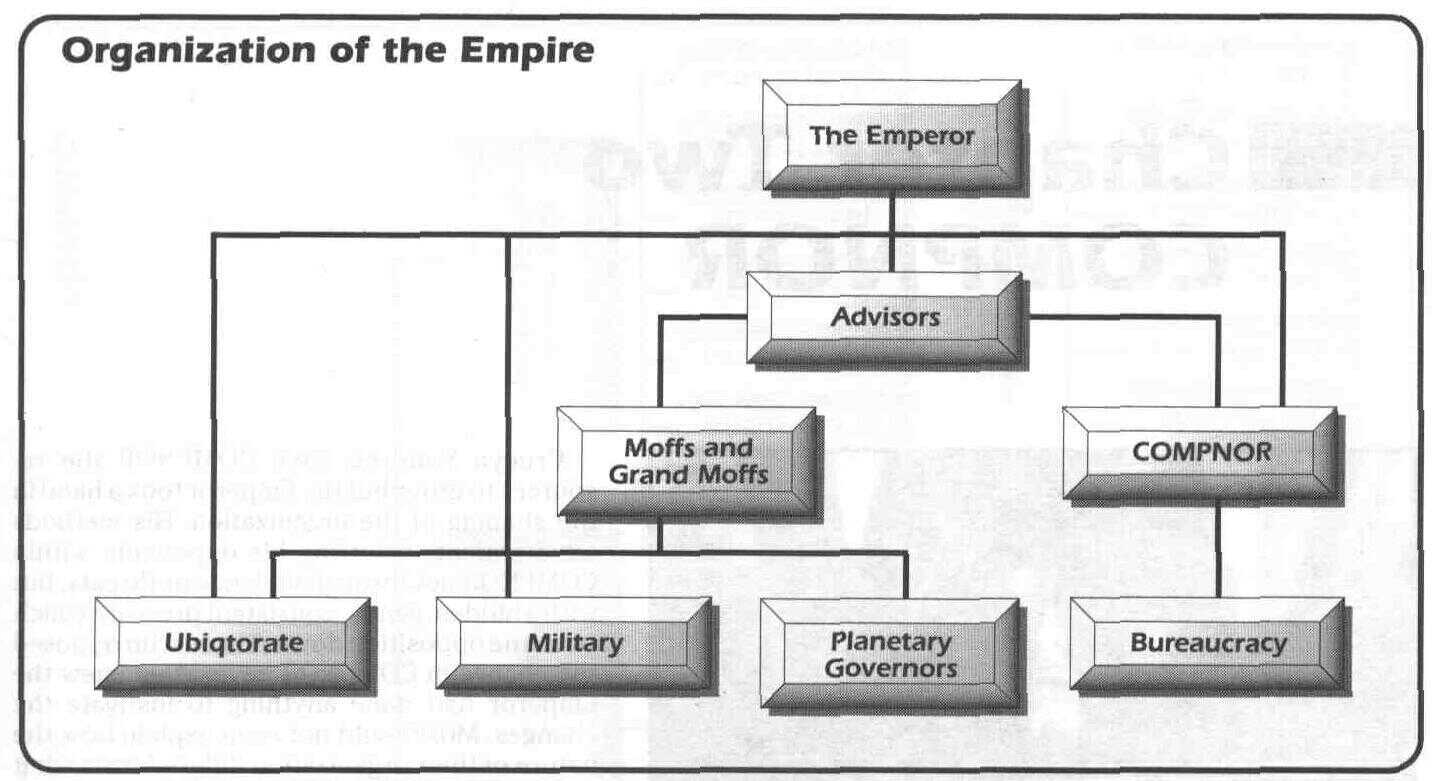 The Empire is still growing. Policies of expansion established by the Old Republic were never rescinded, and exploration — and now conquest — continues. The Imperial Survey Corps, scientists and scouts charged with exploring the galaxy, has seen its funds cut sharply over the years. Still, a new system is being catalogued for the Empire every 207 minutes by the understaffed ISC.

Most of the recently surveyed worlds have remained untouched by Imperial colonization. The Empire has little use for an expanding frontier. Frontier settlements offer greater freedom to Imperial citizens and stretch Imperial forces even further. That is not in the best interests of the Empire.

However, an ISC team occasionally turns up an inhabited world in the process of cataloging. Inhabited worlds mean taxes and other valuable resources for the Empire. These worlds are initially offered a place in the New Order, provided they agree to fall in line with the will of the Emperor. If a world refuses or reneges on its oath of allegiance, then the Empire resorts to military conquest.

Usually the threat implied by the massive Imperial war machine is enough to inspire unswerving fealty in even the most independent worlds.

AH sapient inhabitants of the Empire — except droids — are considered full citizens. Full citizens are accorded certain rights under Imperial law, namely, the right to follow the precepts of the New Order fully and without question. Other rights include certain freedoms that in no way interfere with Imperial doctrines and goals.

Where in the galaxy a citizen is determines the amount of prohibitions and restrictions governing his or her daily life. The least restrictive areas in the galaxy tend to be in the Galactic Core and in the Outer Rim Territories. Those areas in between find themselves under the greatest amount of scrutiny and, therefore, face the brunt of Imperial authority.

AH citizens are subject to the laws of the Empire, and all must pay some form of tribute to the New Order. Laws vary from system to system, but the most uniform are the Imperial Revenue Codes. Under these laws, the burden of proof is upon the citizen to show that he has met all of his fiscal obligations to the Empire. Failure to provide adequate proof is considered an admission of guilt, penalties for which range from confiscation of goods to the increasingly common sentence to labor camps.