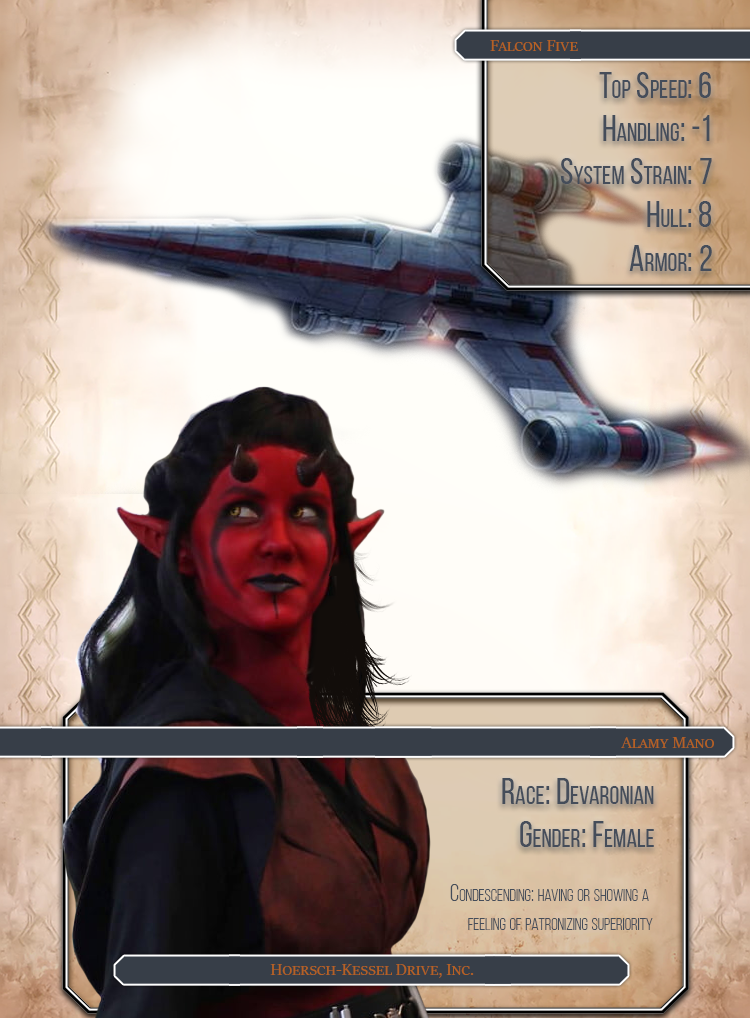 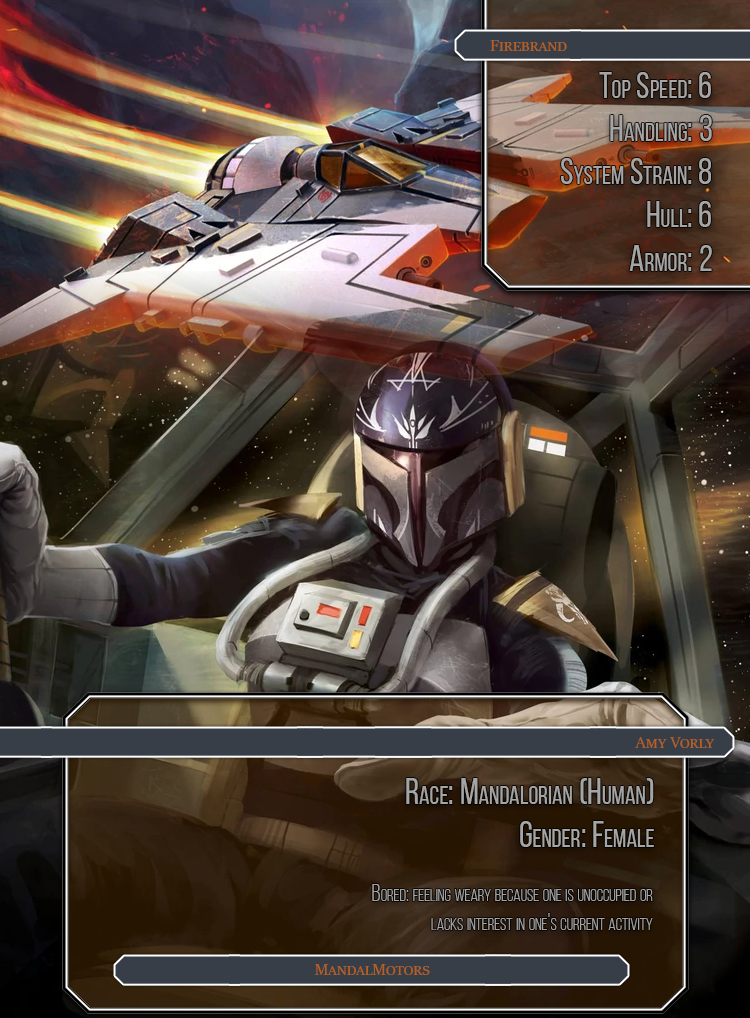 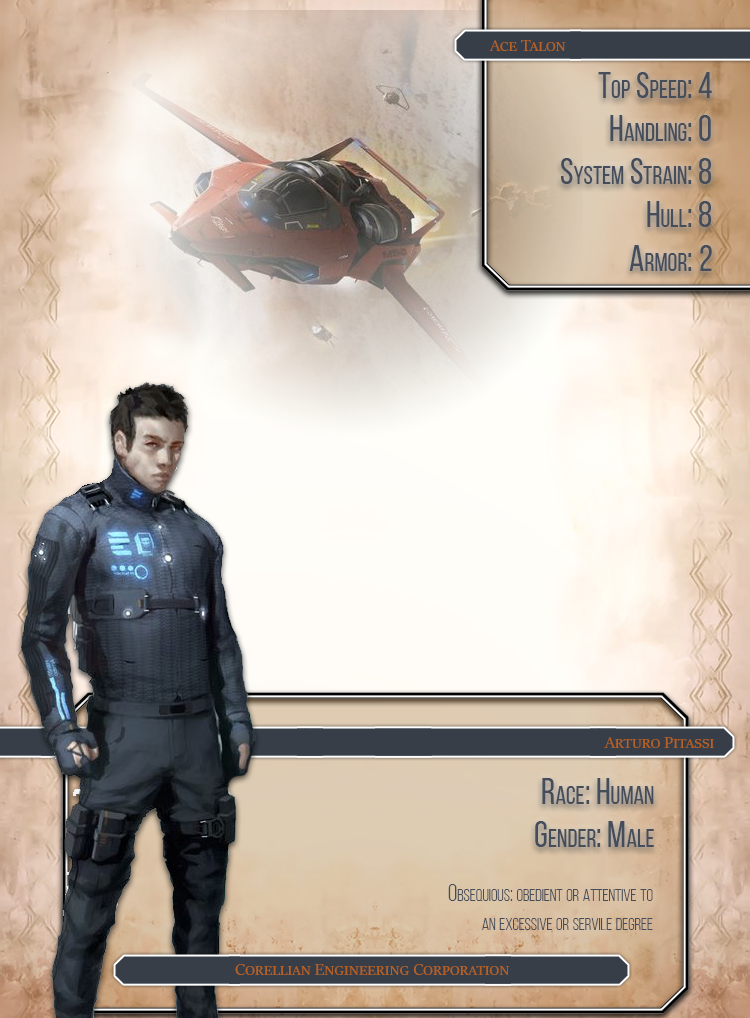 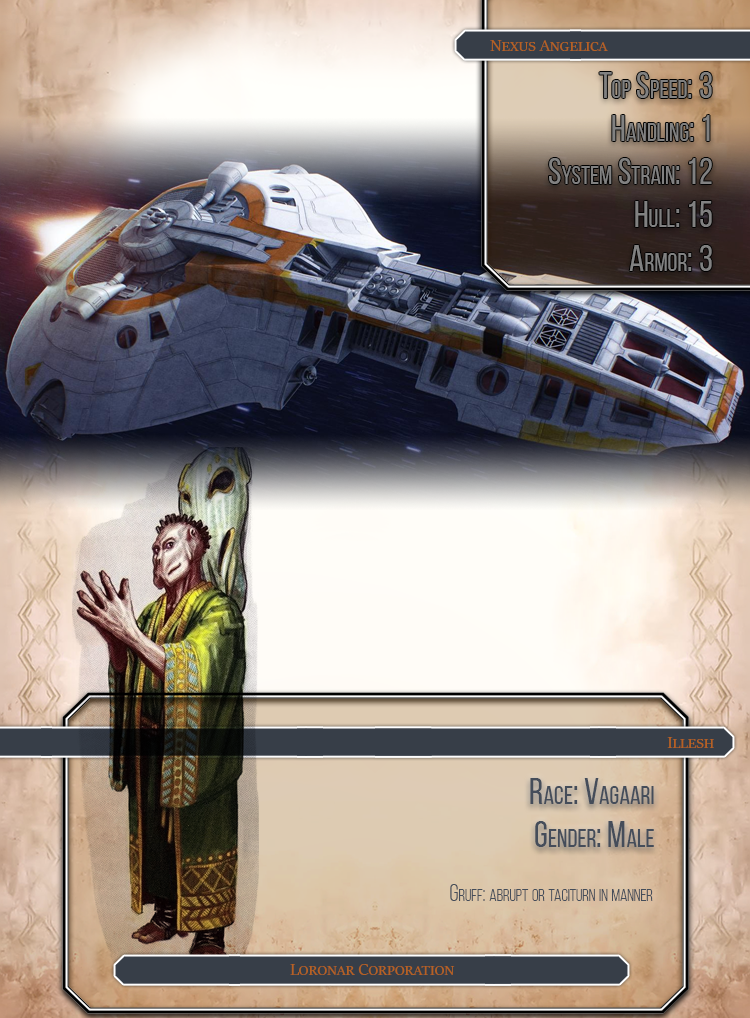 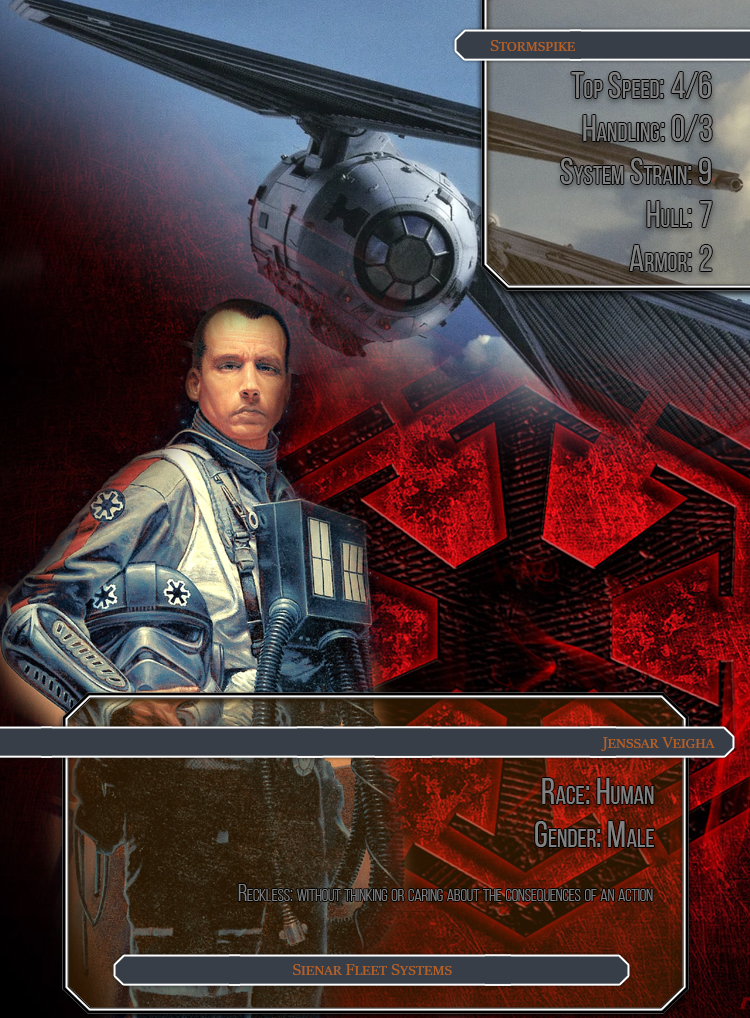 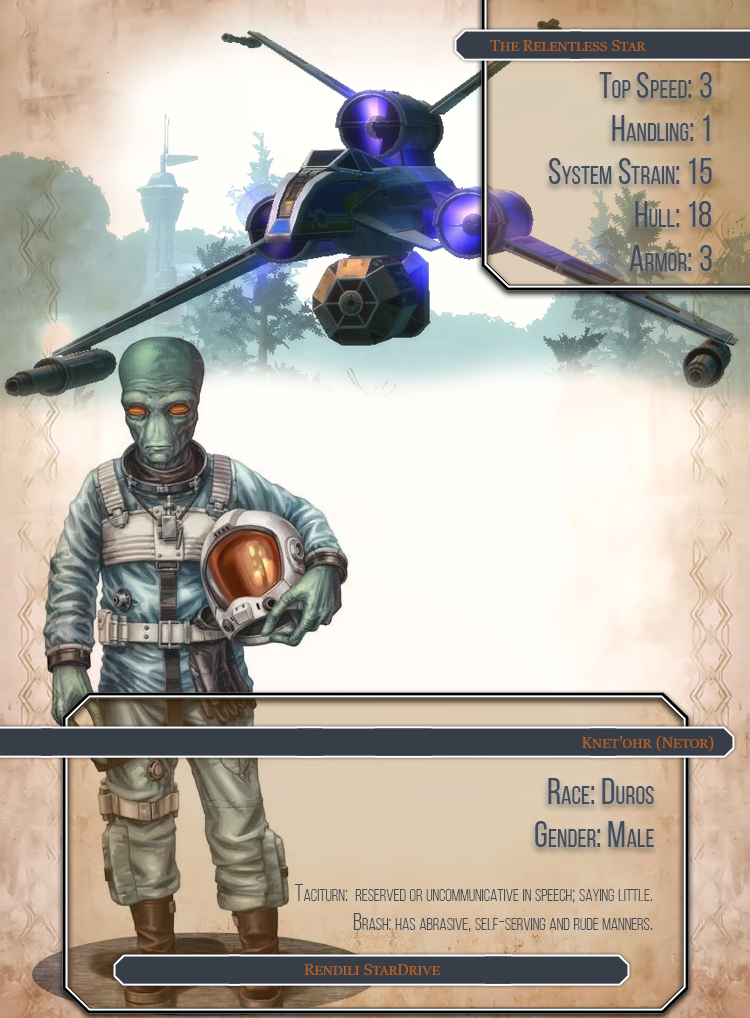 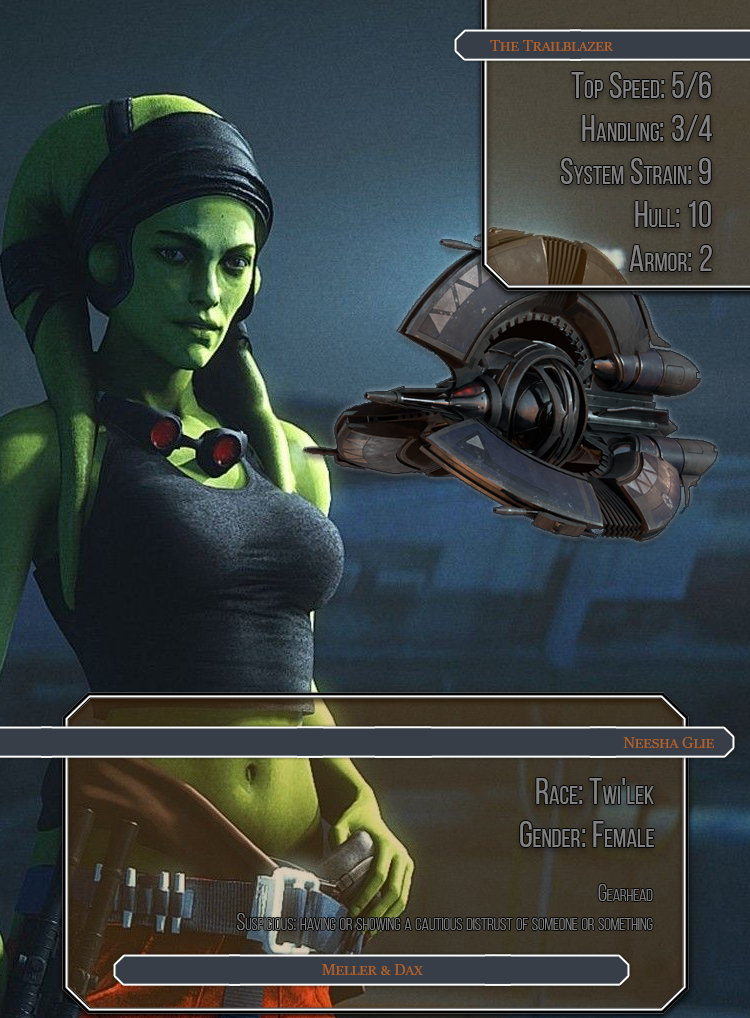 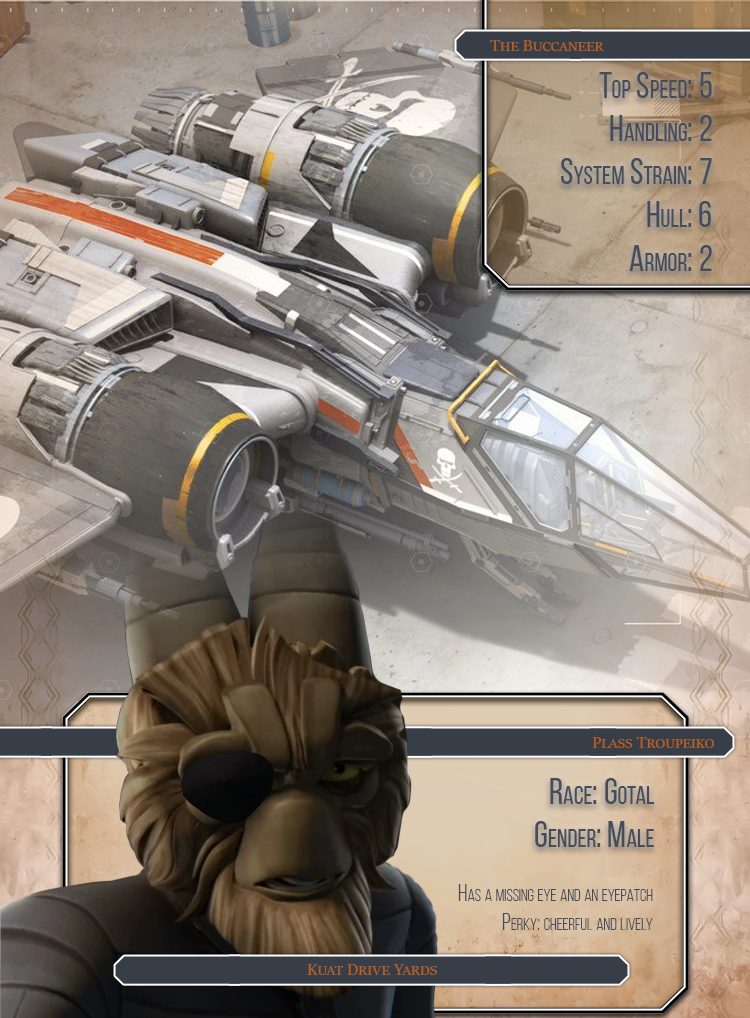 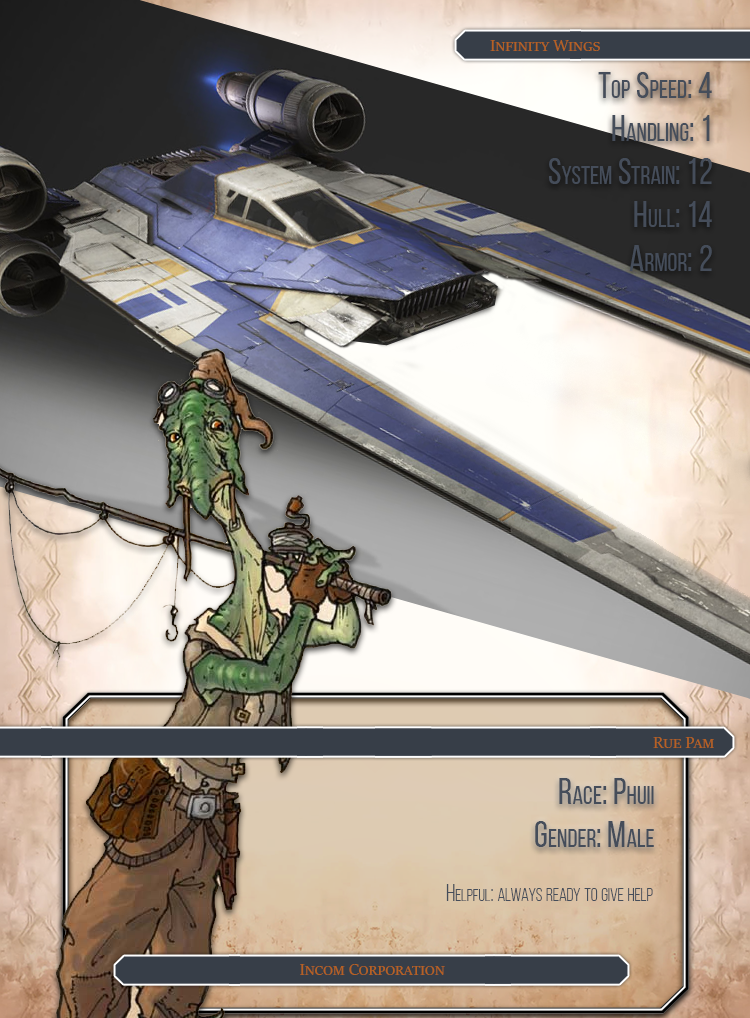 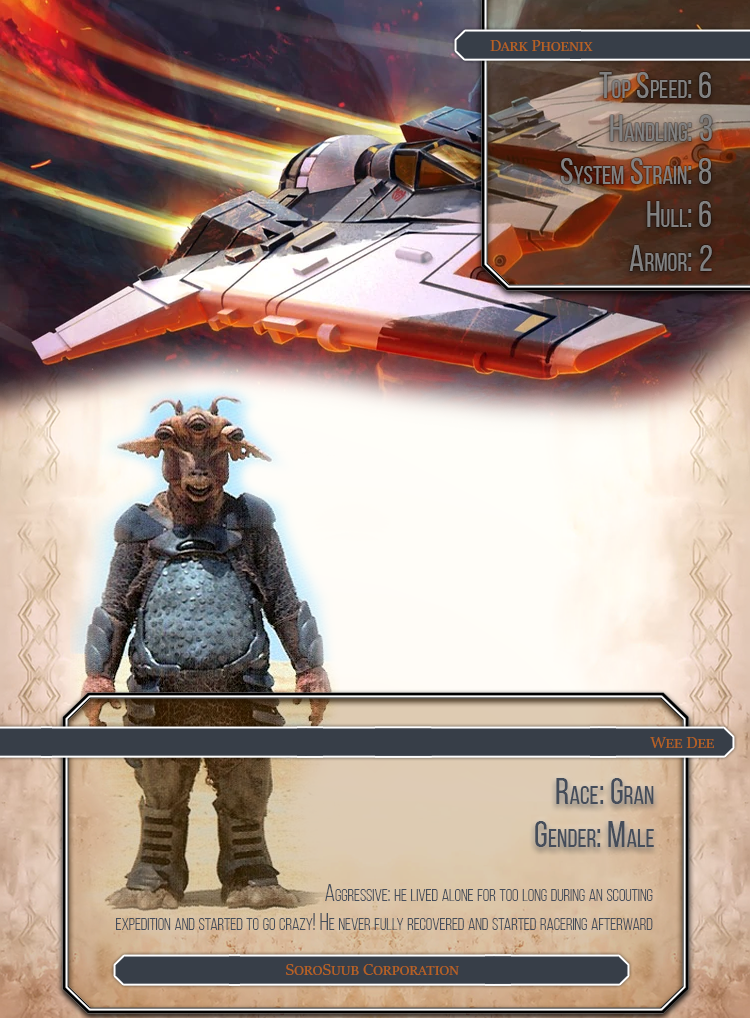 Ephrem Frystak was an imperial cadet that got kicked out of the academy for being Absent-minded. He then joined the Ancillary corp and became a notorious Waiter, attending important events and serving important people, like Grand Moff Leonis and Cie during the Episode 8: The Galactic Race.